It was disheartening to read about the rape and murder of a 23 year old Indian woman, Damini, in New Delhi, India.

For those who doesn't know the story, this poor lady and her boyfriend was beaten with iron rods and raped for an hour in a bus by the bus driver and his friends after throwing her boyfriend out of the bus. After raping her, she was brutally beaten and they shoved an iron rod up her vagina till it tore and injured her intestines. They then threw her our of the bus naked and bleeding. Her injuries was so severe that she was flew to Singapore to receive treatment in ICU. She did not survive the ordeal and she died in Singapore hospital. Her body was flew back to New Delhi and cremated in a private ceremony. 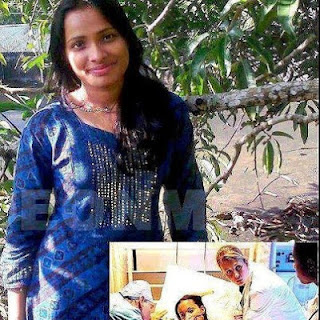 I cannot imagine the pain she has to go through during the attack which made worst by this merciless barbaric animals left her to die by the road. New Delhi has the highest sex crime rate among India's major cities. This men has no respect or regards for women. I support the protest of the Indians that is currently in New Delhi as it is time for the government to step up and protect the women's rights. There are too many rape cases that has gone unreported and many offenders are still at large. The 6 rapists and murderers are ought to be whipped and put to death. This will deter future rapists and they will think twice or even trice before committing to this hideous crime. If the Indian government is not taking any proactive solution to this injustice, it is time for Indian citizens to rise up as one voice during their 2014 election and vote for a change.
Posted by belogkiter at 1:07:00 PM