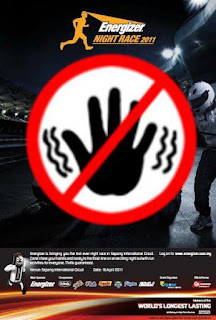 On April 16 2011, Energizer organised the Energizer Night Race 2011 at Sepang F1 circuit with 10,000 runners participating in this event. I was excited to enter the run and i registered for the 11km run with my bunch of friends. My excitement for the race died and was replaced with disappointment and fuming hot!

The free shuttle bus from KL Sentral to Sepang was no where to been seen which is either never turn up or super late. My friends and i eventually car pooled to the event and we paid the exorbitant parking rate of RM10!! 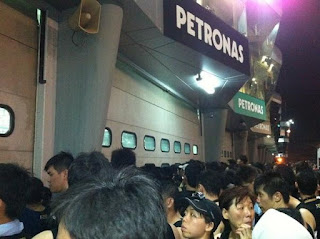 We were there 45 minutes before our 11km race flag off which was at 8:15pm and we headed down to collect our headlights. The track was dark and we needed the headlights but to find out that it was out of stock! The organiser promised that each of us are entitled to a headlight and there is no stock? That's crazy! Fine, so we ran in the dark without any headlights. During the race, there weren't enough race marshalls guiding the runners; made worst with poor signage to guide us during the course of the race. We all ran like headless chicken. There was only 1 water station to be shared by thousands of people causing a massive jam at the station! 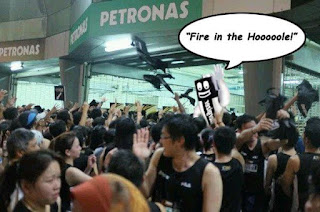 I saw many runners cheated during the race as the race wasn't manned properly. Some of the runners didn't even complete the race and headed to the pitstop to collect the goodie bag. The organiser didn't even monitor the race and couldn't track who finished the race within the time frame. Anyway, I continued my run and finished my race within the qualifying time and I went to collect my goodie bag. The queue for the goodie bag was so long that I waited 1 1/2 hours to collect my prize. I was disappointed that the organiser didn't even manage well the prize distribution. There was a riot whereby runners looted the pitstop and the goodie bags were thrown out to the runners like a night market. The organisers failed the crowd control and eventually they closed the shutter at the pitstop and force us to disperse. Thousands of runners left home empty handed without their finisher medal, certificate, t-shirt, headlamps and goodie bag. To make matter worst, runners are forced to use the "death tunnel" where we're cramped like the Nazi's gas chamber to get to the other side of the grandstand. It's suffocating and some of girls are seen gasping for air! 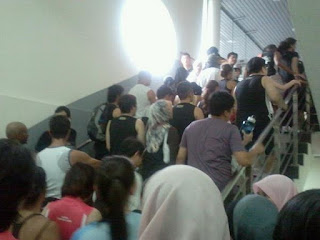 This will be the first and last time I will join any run organise by Energizer and forewarn you readers not to join their race as it is a total rip-off!
Posted by belogkiter at 2:32:00 PM