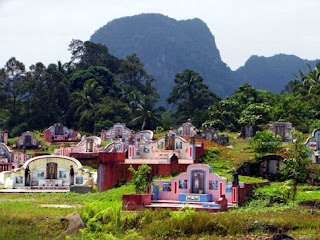 A Chinese gang of grave robbers was caught trying to sell a dead woman into marriage – days after her family had done exactly the same thing. The woman’s devastated parents,from the rural Hebei Province near Beijing and with the surname Wu, initially chose to sell her body for £3,500, for a ‘ghost marriage’.

This is the ancient tradition where dead woman are united with bachelors to stop them wandering the afterlife alone.

But just days later grave robbers snatched her corpse and tried to pair her off, with another dead man in a nearby town.

Police caught the gang of five offering the woman to another family for £3,000, a slight discount to reflect several days of decomposition.

China’s Communists attempted to stamp out many traditions such as ‘ghost marriages’ after taking control in 1949.

But they have gradually regained popularity in recent years and a thriving underground ‘ghost marriage’ industry now exists in some parts of the country.

Black market businesses have sprung up, with many acting as cadaver brokers, matchmakers for the dead, body snatchers, crooked undertakers and grave robbers.

In 2007, a man was arrested after killing and then selling six women.

He claimed that ‘killing people and selling their bodies is less work than stealing them from graves.’