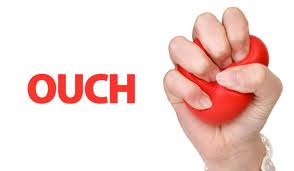 A female scooter rider in Haikou City, Hainan Province, China killed a man in a fight by squeezing his testicles until he died. The incident happened during a dispute over parking space.

According to China24.net, the Chinese woman, 41, rode on a scooter to an elementary school in Meilan District, Haikou City, to pick up her child. A shop owner objected when she tried to park in front of his shop. The Telegraph reports the two soon fell into a quarrel as the woman insisted she would park her scooter.

Huffington Post reports a shouting match developed into a physical confrontation and the woman called her brother and husband to come to her aid. When the two men arrived, a violent fist fight erupted. The woman gave a helping hand to her husband and brother by grabbing at the 42-year-old man's testicles and squeezing till the man collapsed in agony.

Gizmodo reports paramedics tried unsuccessfully to revive the man before he was rushed to the hospital where he died.

But why did the man die from having his testicles squeezed?

According to Gizmodo, a San Diego Urologist Dr. Irwin Goldstein, explained that it is possible to kill a man by squeezing his testicles. He said: "Yes, the testicles are exquisitely sensitive to touch and there is a huge release of adrenalin when there is excessive force applied to these organs.Testicular pain is referred to the lower abdomen, mesenteric plexus, and causes men to stop abruptly what they are doing, lie on the ground, close their eyes and bend knees.
Posted by belogkiter at 2:08:00 AM