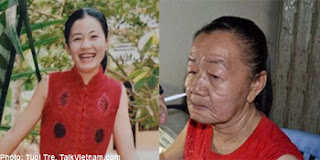 Nguyen Thi Phuong from Thailand is only 26, but you would be forgiven for mistaking her as an old woman. 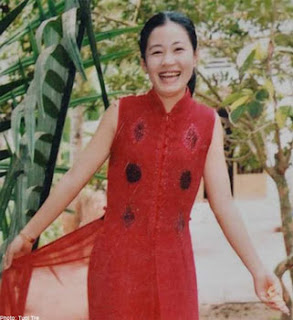 After suffering an allergic reaction in 2008 and taking a variety of medications prescribed for it, Phuong's skin on her face, neck and hands rapidly wrinkled and became saggy, giving her the appearance of a 70-year-old granny.

It all began when the young lady from Giong Trom district of Ben Tre province ate some seafood.

It made her face break out into an itchy rash so bad, that she used to scratch her face even in sleep, Phuong told Tuoi Tre, a major Vietnamese daily newspaper where the news first broke.
To alleviate the symptoms, she ate some medication her husband, Nguyen Thanh Tuyen, 34, bought her. 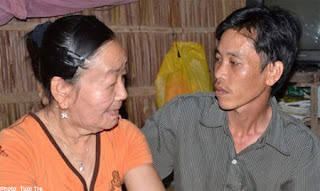 The medications did not work. She then visited a local doctor, who prescribed her pills for dermatitis.
However, the pills made her face swell up and hives erupt on her skin. She stopped taking them after a week, and turned to some traditional Chinese medicine practitioners in town.
She was given some medication that reduced the swelling, but also made her put on weight. However, the medication was expensive, costing VND30,000 (S$1.88) a day, and did not do much to improve her condition.


Phuong soon began wearing a face mask whenever she went out. After her husband quit his job in 2009 to take care of her, they ran out of money and she stopped taking all medications.
She then decided it as a fate decreed by God and the couple stopped trying to cure her condition, Phuong told local news outlets.