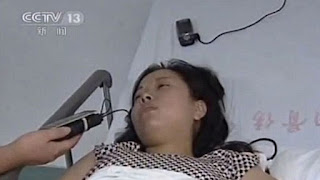 The little girl was was visiting her grandmother in China's Zhejiang Province on Saturday. She was left unattended while her grandmother went to run an errand. The toddler, named Zhang Fangyu but known by the name Niu Niu, managed to open a window and crawl out on the ledge.

Wu Juping, 31, a mother of one, was passing by the apartment building when she saw the child hanging from the windowsill, she 'kicked off her shoes' and began to run towards Niu Niu, to attempt to break the toddler's fall. The impact knocked Wu out and fractured her arm. The child suffered from internal bleeding. Both were hospitalized for their injuries in nearby Fuyang.

A hospital spokesman said the child was in critical condition, but was expected to live. Wu will need surgery to repair her arm. Wu has been offered free care by the hospital for her heroism.

In an unrelated incident in year 2003, Seven-year-old Jean-Luc Archer has nicknamed his rescuer Lisa Hodgkinson "Wonder Woman" after she lifted up a one-tonne car to save his life. 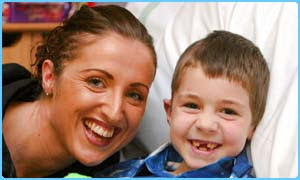 Lisa leaped to Jean-Luc's rescue when he became trapped underneath the back wheels of a car after running out in front of it near his Manchester home. She lifted up the car, gave Jean-Luc the kiss of life and looked after him until an ambulance arrived. If it wasn’t for Lisa’s heroic act, Jean-Luc will not survive.

Women are naturally gifted with maternal instincts. In the 2 incidences above, both women aren’t related to the children they saved but yet they are capable of exerting tremendous capabilities and strength to save a child. Imagine if it were their own children, the capabilities they can exert is beyond what we would expect. 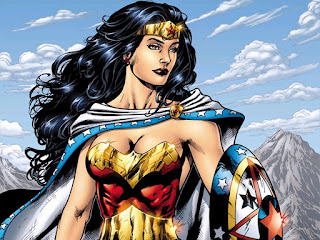 Wonder Woman was a comic book hero with amazing powers and there are Wonder Women here amongst us in real life.
Posted by belogkiter at 6:59:00 PM