Husband beats up wife viciously on the street.

A series of pictures has been uploaded at Chinasmack.com showing a Chinese man viciously beating up his wife publicly because she didn’t listen to him. The incident took place on a public street in Jinhua City.

According to source, the poor wife was beaten up because his wife disobeyed him, as she wanted the both of them to apply for a working certificate together, despite him saying that having one will suffice. The couple was from Anhui province, situated in eastern China, and had travelled to Zhejiang province as migrant workers.

In the series of picture, you can see the husband elbowed the wife to the ground and later slapped her repeatedly on her face. He is seen kicking her and dragged her for a few meters by her hair. She was later held down on the ground by her enraged husband. His wife was crying uncontrollably by the beating. In the last picture, you can see his wife’s eyes are filled with fear as he threatened her that the beatings will continue if she disobeys him.

Well, probably the Obedient Wives Club in Malaysia will support this man’s act as the club says that it is the husband’s right to hit his wife if she doesn’t listen to him as it is her fault and it's part of teaching her. What a bunch crappy mentality! If you want to know more about what Obedient Wives Club controversial statements, you can read the brainless statements here. After looking at these pictures, I’m sure women out there are enraged by the savage act. It’s a coward act for a husband to beat the wife up. Common, pick someone your own size or bigger if you have the guts! 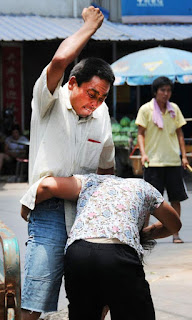 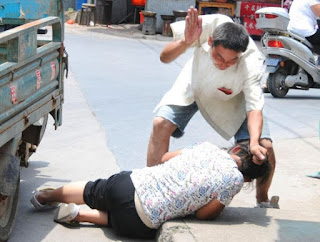 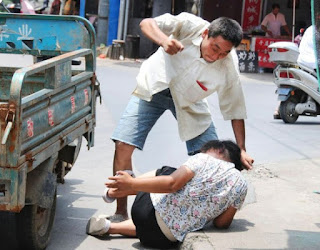 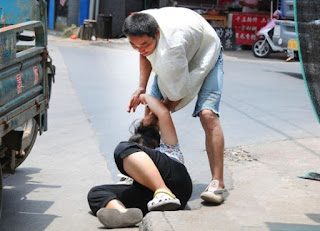 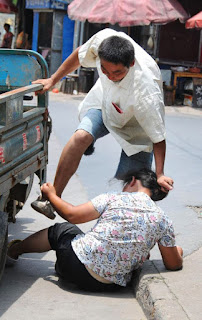 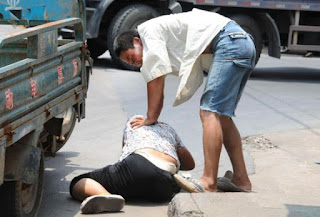 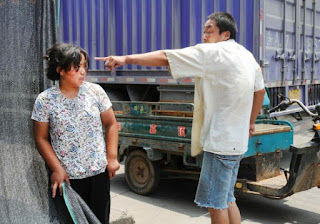