While Apple fans all over the world are waiting for the release of the next generation of iPhone that could possibly happen next month, there’s been already one for them in the market. And this one is very cheap, just a fraction of a price from the orginal one. 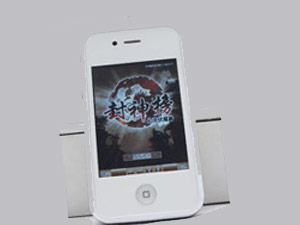 The ‘hiPhone 5’ is selling for as little as 200 yuan ($31) on China’s top e-commerce platform Taobao, which is owned by Alibaba Group. But one has to pay around 800 yuan for a more “genuine“ one, according to some shop clerks at a mobile phone market in Shanghai.

The ‘hiPhone 5’ is based on leaked images of the yet-to-be-launched iPhone 5 and is thinner and with less rounded edges than the existing iPhone 4, according to the newspaper. However, it is extremely light, almost like a plastic toy, like most pirated mobile phones, it said. The phone runs on JAVA based OS, MP3 and MP4 playback and Wi-Fi.

Western governments have repeatedly criticised China for widespread violation of intellectual property rights, but pirated goods from branded watches, to bags and computer software can be easily found in shops.

Apple, which is expected to roll out the latest version of the iPhone 5 smartphone within a few months, sold a record 20.34 million iPhones during the last quarter, even though its newest model is over a year old.

Apple has yet to announced iPhone 5 release date, features, Specification. And the iPhone 5 already available in Chines market. So guys if you can’t wait for Real iPhone 5 than go to Chines market and buy it until the original from Apple is available.
Posted by belogkiter at 9:36:00 AM