Man bought a luxury house for $16!

If someone you knew claimed to have bought a new house for $16, you’d probably expect it to be a rundown hut. 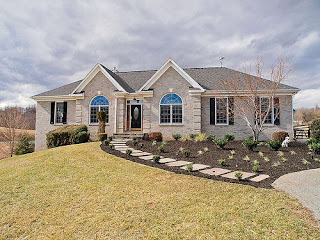 But for Kenneth Robinson, that princely sum could see him as the new owner of a $300,000 home in a well-manicured part of Flower Mound, Texas.
Robinson took advantage of a little known Texas law to move into the abandoned home.

The house had been in foreclosure for more than a year and its owner walked away.
Then, the mortgage company went bust.
After months of research, Robinson used the obscure law ‘adverse possession’, filled out some paperwork costing just $16, and moved some of his belongings into the home.
Under the law, if someone moves into an abandoned home they have exclusive negotiating rights with the original owner.
If the owner wants them to leave, they have to pay off the mortgage debt on the home and the bank has to file a complicated lawsuit to get them evicted.
Robinson believes that because of the cost required to move him out, he will be able to stay in the house. Under occupancy laws, if he remains there for three years he can ask the court for the title.
He told WFAA.com: ‘I want to be owner of record. At this point, because I possess it, I am the owner.

‘This is not a normal process, but it is not a process that is not known. It’s just not known to everybody.’
Robinson printed out an online form at the Denton County courthouse which states that he is claiming ownership of the abandoned property.
The house has just a few pieces of furniture inside and has no running water or electricity.
Robinson has put ‘no trespassing’ signs outside the house after neighbors called police to arrest him for breaking in.
But he claimed to have found a key and said he gained access to the property legally.
Police have said they can’t remove him from the property because home ownership is a civil matter.

But neighbors have accused him of being nothing more than a squatter.
Leigh Lowrie, who lives nearby, said: ‘What paperwork is it and how is it legally binding if he doesn’t legally own the house? He just squats there.
‘If he wants the house, buy the house like everyone else had to. Get the money, buy the house.’
To me, it sounds like the neighbors are jealous that this dude bought a house for a song!
News source: wishididntknow.com
Posted by belogkiter at 5:28:00 PM